Combining Kyma with video, photo animation, and narrative voice, The Ocean Thief tells the story of a young girl whose beach-written story is stolen by the ocean, and her seagoing adventures as she fights to get it back. Filmed in Oregon (U.S.A.) and blue screen studios, the story explores the plight of the artist’s voice in a sea of voices, using metaphor to examine creativity, ancestry, mortality, and time.

Metamorphose I is site-specific large-scale work that combines projection with sonic composition. The projection transforms trees/foliage into an optical illusion of undulating greenery, causing viewers to alternate between perceiving the undulating light and perceiving the undulating foliage. For ArtCity’s Light Up The Night, the visual algorithms and music would be determined based on the site dynamics, layout, and available foliage. Music will be composed to enhance the visual patterns and movement based on the effect of the projected algorithm (to be determined).

It would be helpful if organizers can provide projector as well as a canopy in event of rain, but if not then artists will be able to provide those items along with all other materials: projector, canopy, sound system, ladder, extension cords. Will also need: 120v power outlet, tree(s)/foliage/shrubs. We would also want to run some projection tests a week or two prior to the event, which would require two hours for setup and testing after dark to determine setup and algorithms to be used, and allow for music to be composed to selected patterns.

Note: Other collaborations and works by Mei-ling Lee and Jefferson Goolsby can be found throughout this site. Some direct links:

Once Upon A Train

“The Feather” is a story inspiring us to speak up despite the overwhelming voices around us. The performance uses musical composition, video projection, and modern dance to paint a picture of a girl following her own voice amongst a sea of negativity.

This composition is inspired by a children’s story “The Ocean Thief”, written by Jefferson Goolsby.

Premiered on July 4th, 2016 in Oregon Bach Festival Composers Symposium, The Thief  tells the story of a young girl whose beach-written story is stolen by the ocean, and her seagoing adventures as she fights to get it back.

Written for flute, violin and Electronics, this recording is from the premiere concert, performed by Molly Barth (Flutist) and Bryce Caster (Violinist). 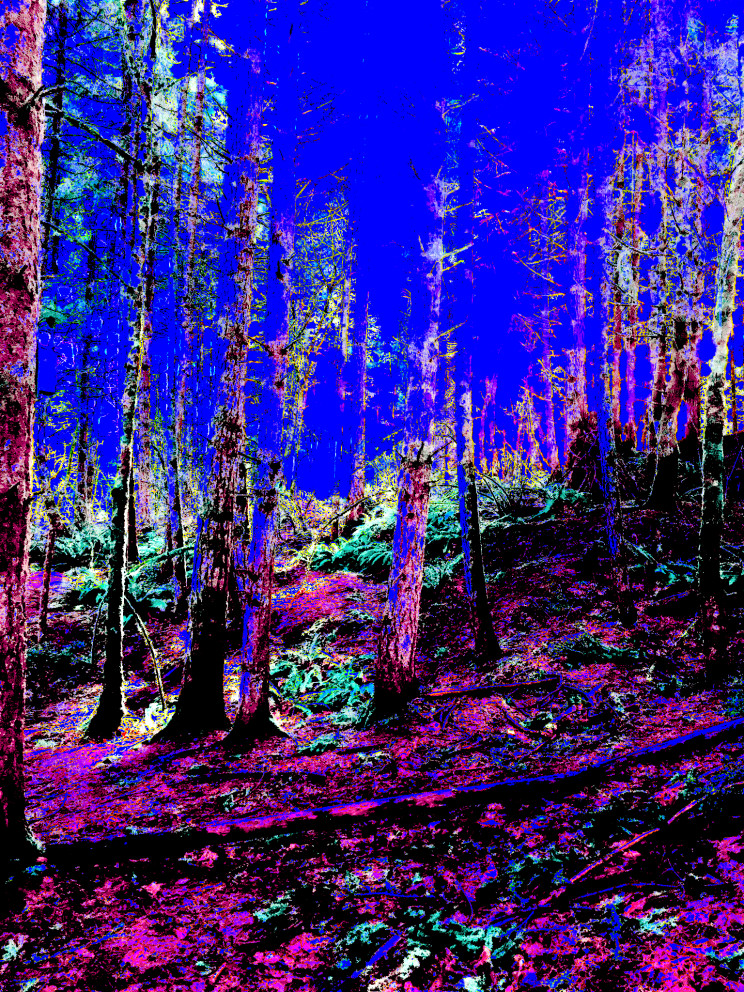 A composition created by virtual instruments.

The original sound source for Combustion was the various mechanisms found on a large wood burning stove—the clanky metal sounds of vents, flues, and air intake dials as well as the burning fire and consumption of fuel.

Engram was realized in Kyma and Pro Tools. Source audio is from the installation project Tracer by Jefferson Goolsby and Reza Safavi.

The piece opens with the reworked sound of a car being destroyed by sledgehammers, which—like the car—gradually disintigrates piece by piece. Eventually, the horn of a passing car, captured during the original destruction, becomes the dominant figure.

Engram represents a journey, using as its source the sound of transportation being destroyed. The piece opens as might a vivid experience in one’s life, whether terrifying, sorrowful, or joyous. We process the experience and it moves into memory. But as with any powerful experience, it may return to the front of our consciousness of its own volition, tranformed.

: a physical alteration thought to occur in living neural tissue in response to stimuli, posited as an explanation for memory.

La’ah is composed for solo dance. The original idea comes from “playing with the voice”. We were mimicing the sound of a boy trying to say “La” but cut the sound suddenly in the middle of his breath.

In the fall of 2005, I took a Dance and Coreographer class. In the class,  I met Carrie Goodnights, a graduate student from dance department. We started to collaborate in some small projects. Carrie told me an experience she had several years ago in an airport. In the airport, she saw boy was playing with himself while waiting for the flight with his family. This boy, about five years old, started to make some funny sound out of his throat.

This little fun seed is developed as the boy playing along with himself. I was playing with the sound as well. The excitement come from the “secret joy”. Have you even be so happy and excited for something by yourself in your own world? Imaging that little boy, totally having fun with his own world, even there were people walking pass by, noises around him, he did not care at all, all he wants is making funny sound out of his mouse and be happy with it.

The Other is a composition realized in Max and Kyma. There are two distinctive modes intertwined throughout the piece, each mode representing “the other” in relation to the opposing mode.

A slow sustain drone motif begins the piece, and is then followed by a distinctive high pitch that fractures this drone motion. Consequently, a second theme—the other—emerges, bringing about the other sound world. These two themes play against each other, at times in conflict (dissonance) and at times in conciliation (consonance). Toward the middle of the piece a two-second silence presents the first climax, leading to a massive sound collage. A synthesized organ-like sound gradually softens the tension and returns the piece to the initial motif.

The center idea if this composition is “Who, exactly, is ‘the other’?” As an individual one usually refers to anyone who  is not one’s self as “the other”. The other could be a neighbor, a brother,  a foreigner, or a creature  from another planet. However,  it might also be yourself. And so I ask, who exactly is “the other”?

The other is, the other person, whose face takes me out of myself.